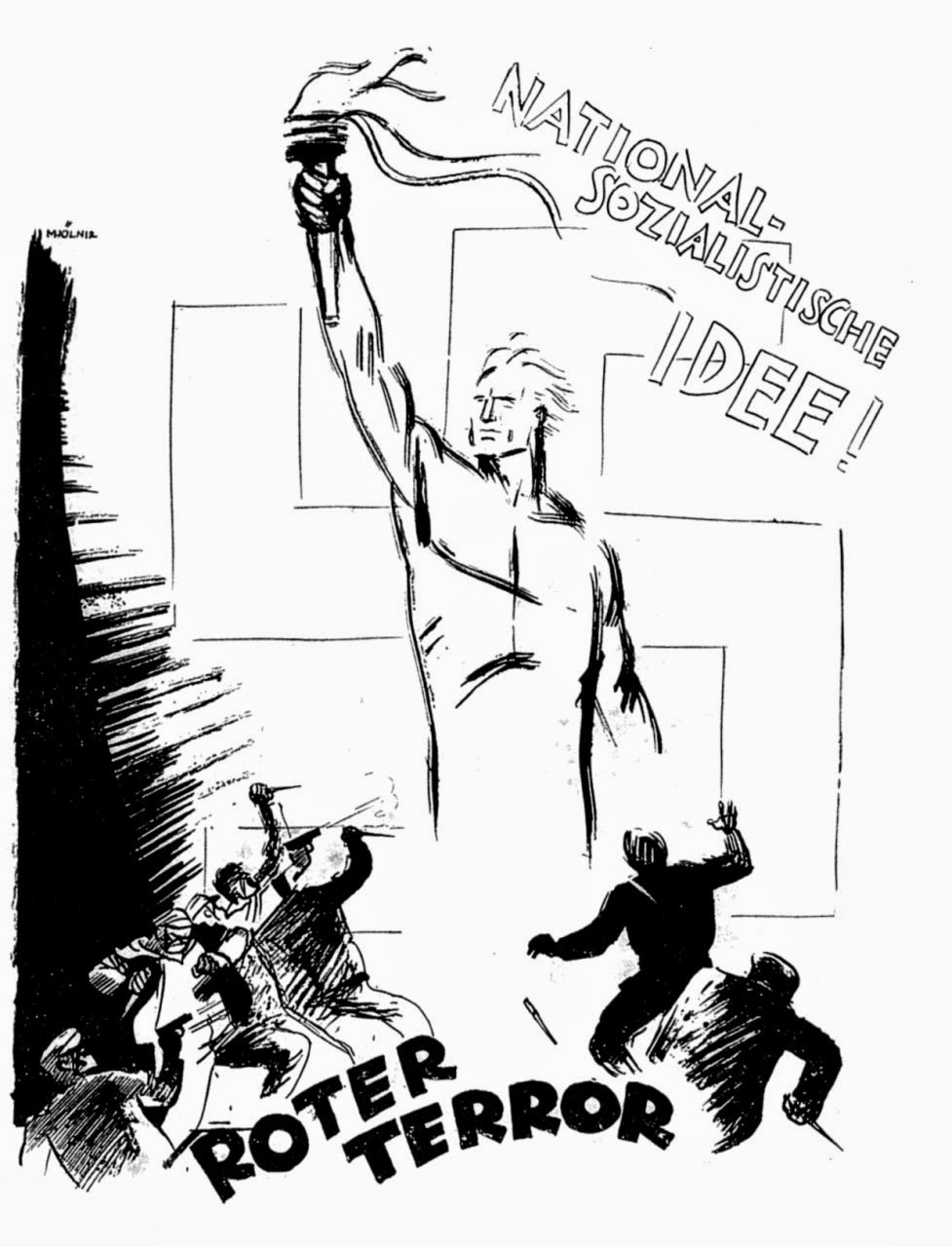 Posted by Julius Streicher at 15:02 No comments:

Why the Jews Let Themselves Be Baptized

Background: This story comes from Der Giftpilz, an anti-Semitic children’s book published by Julius Streicher, the publisher of Der Stürmer. 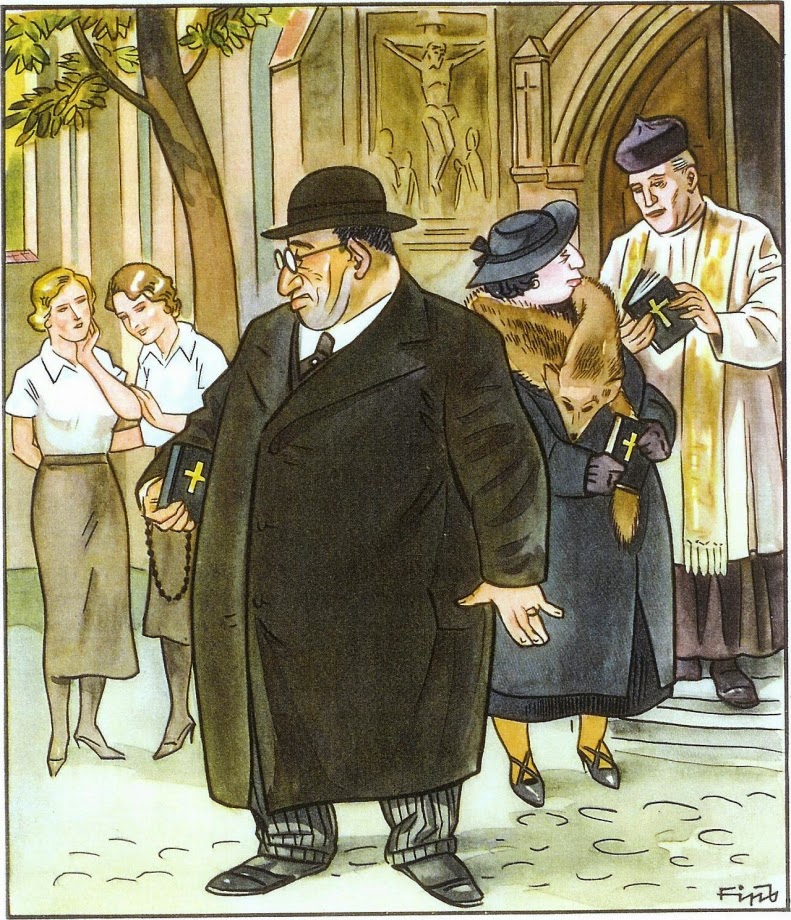 This story tells about the baptizing of a Jewish man and his wife. The picture shows a fat, sallow-faced man and a pink-powdered woman coming out of Church, both holding large prayer-books in their hands, while the priest at the Church door is giving them a parting blessing. Two blond German girls in the background comment upon this scene. They comment on their appearance and point out that the baptism makes no difference: they are Jews just the same.

Anne says: “Do you know our girls’ leader once told us : ‘Just as little as a Negro can be made into a German by baptism, can a Jew be made into a non-Jew.’ “

Grete stamps her feet angrily on the ground: “I do not understand these priests who go on baptizing Jews even today. By doing so they admit a criminal mob into the churches.”

‘If a Jew comes along
Wanting a priest to baptize him,
Be on your guard and beware;
Jew remains always Jew!
Baptismal water helps not a jot.
That does not make the Jew any better!
He is a Devil in Time
And remains so through Eternity!’”
Posted by Julius Streicher at 08:17 No comments:

The Most Famous American Journalist Exposes the Zionist Conspiracy

Carl Bernstein is perhaps the most famous and respected journalist in the USA, and here he says exactly what I have said since before the Iraq War, that it was a war created by the Jewish Zionists for Israel not for the United States. This invasion and mass murder of hundreds of thousands of innocent people was based on lies, and we in America have paid the Zionist control over our government and media with our treasure and our blood. And we pay for it with hatred and attacks against America because these bloody Zionist Wars!
Posted by Julius Streicher at 14:02 No comments:

Caricatures from "Der Stürmer" - translated in English and colourized! 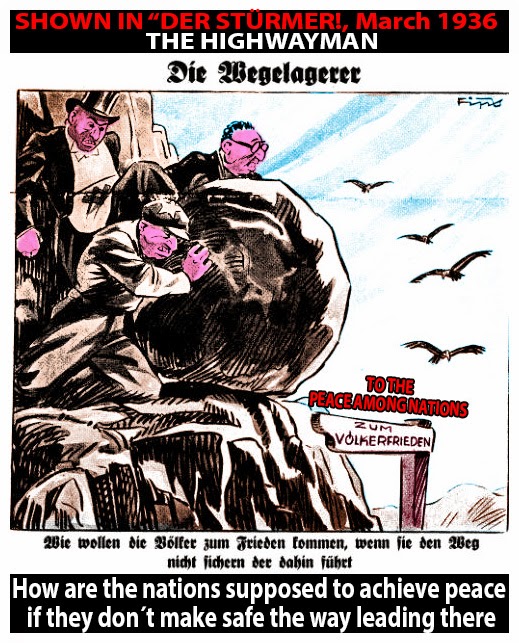 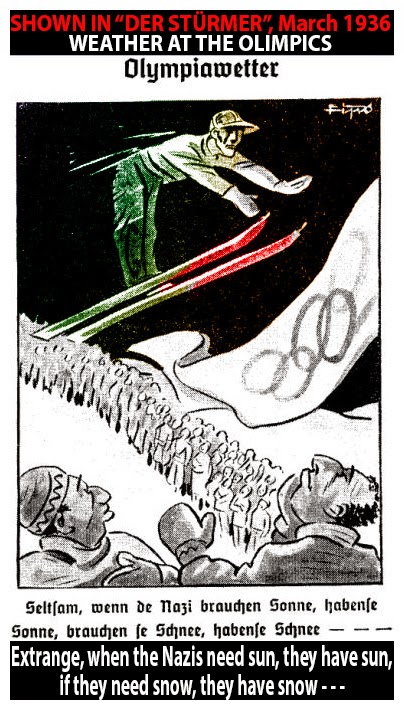 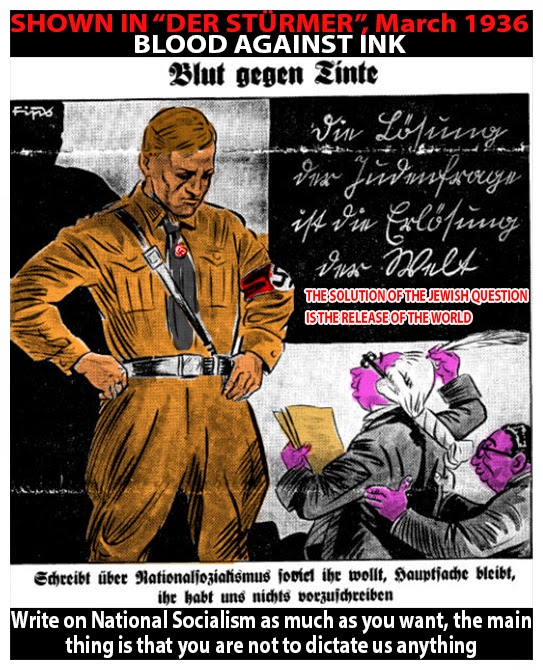 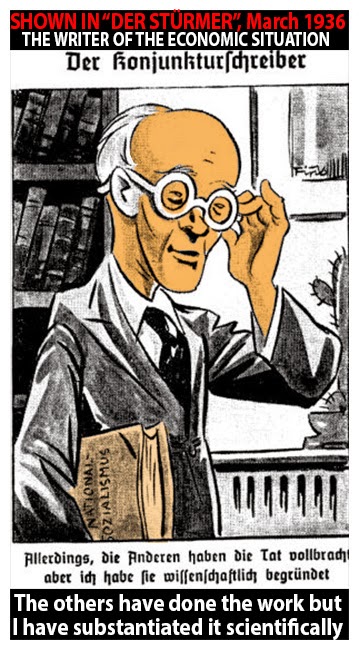 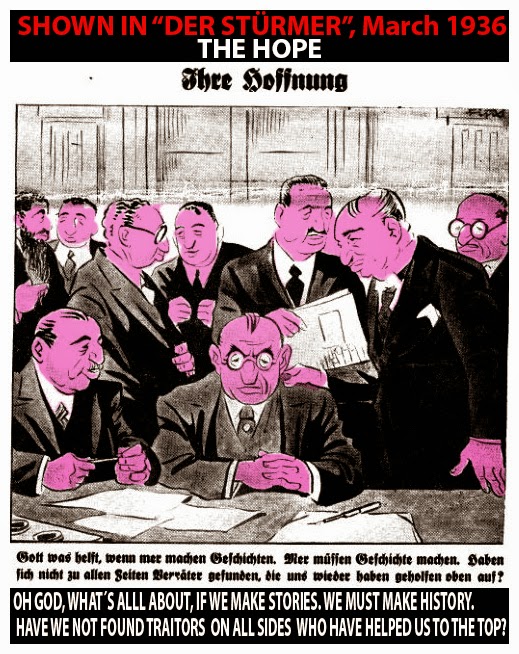 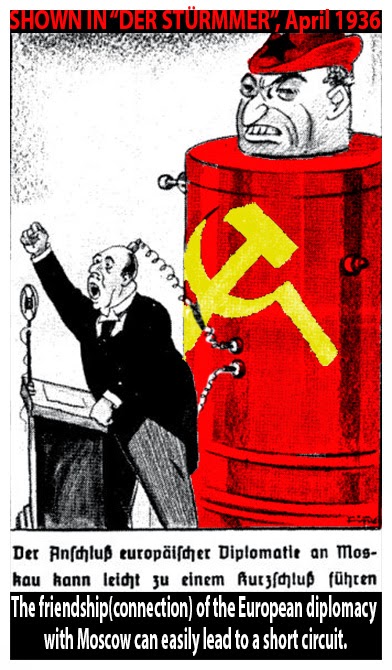 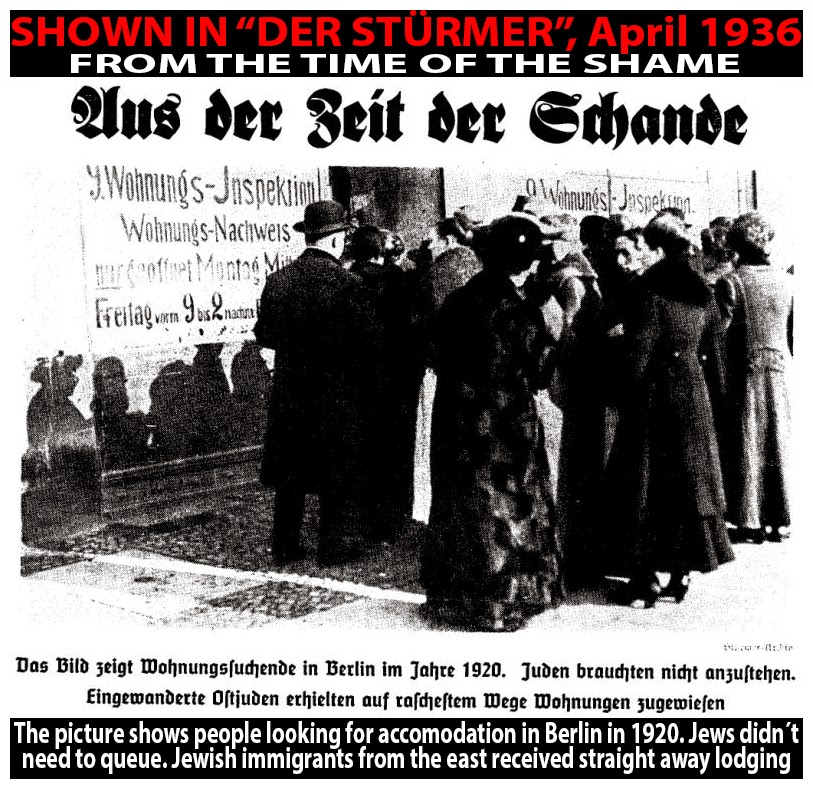 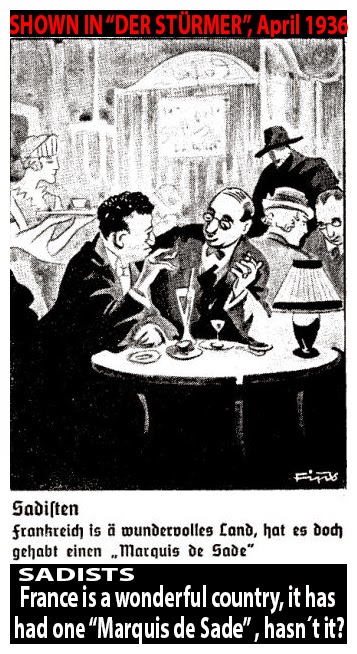 Posted by Julius Streicher at 17:32 No comments:

Voltaire on the Jews 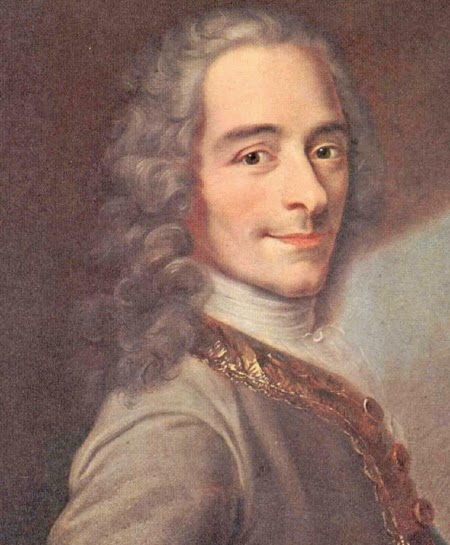 "They are, all of them (Jews), born with raging fanaticism in their hearts, just as the Bretons and the Germans are born with blond hair. I would not be in the least bit surprised if these people would not some day become deadly to the human race."
Voltaire wrote in 1771

"You (Jews) have surpassed all nations in impertinent fables, in bad conduct and in barbarism. You deserve to be punished, for this is your destiny."
Voltaire wrote in 1772
Posted by Julius Streicher at 18:04 No comments: