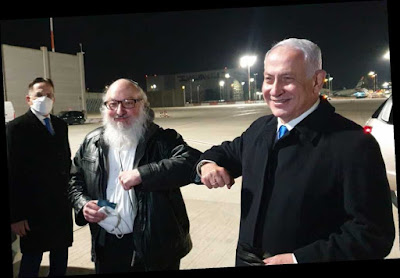 US intelligence officers say Mossad is a ‘second rate’ operation… ‘Israeli intelligence assistance is often of dubious value… CIA is appalled at the lack of quality… They often give the US faulty, misleading intelligence…’

In 1987, Jonathan Pollard, a former Pentagon intelligence analyst, plead guilty to performing as a spy for Israel, providing Israel top-secret US classified information. He was sentenced to 30 years in prison for violations of the Espionage Act. Pollard was the only American who has received a prison sentence for passing classified information to a US ally.

To set the stage, on October 25, 1985, Pollard was seen carrying a large bundle from his office to his wife’s car, and was consequently placed under surveillance.

On November 21 he was arrested as he approached the Israeli embassy in Washington and charged with espionage. After serving his 30 years sentence, Pollard was released November 20, 2015, and placed on parole in accordance with federal guidelines in place at the time of his sentencing. On November 20, 2020, the parole expired and all restrictions were removed. Pollard was a free man.

On 29 December 2020, Pollard and his wife left the United States and arrived in Israel on a private plane provided by American casino magnate Sheldon Adelson, a major funder and board member of the Republican Jewish Coalition, a pro-Israel lobbying group, and a billionaire supporter of the GOP, and both Netanyahu and President Trump. Upon disembarking from the aircraft in Israel, Pollard, who had never lived in Israel before, triumphantly kissed the ground, “We are ecstatic to be home at last after 35 years,” he said as he was greeted at the airport by Israeli Prime Minister Benjamin Netanyahu. The Israeli leader jubilantly immediately presented Pollard, and his wife Esther, with Israeli ID cards, granting them Israeli citizenship.

The American people must wonder why the prime Minister of Israel would meet at the airport a released American convict. According to a retired CIA station chief, in 1985, a month after Pollard’s arrest, the CIA director William Casey stated: ‘The Israelis used Pollard to obtain our war plans against the USSR – all of it: the co-ordinates, the firing locations, the sequences, and Israel sold that information to Moscow for more exit visas for Soviet Jews. Casey said CIA obtained that information from a CIA penetration of the Soviet Government.

The FBI and the Justice Department both have declared Israel the 2nd most aggressive nation running espionage operations in the US, against the US. China is 1st.

To support that contention, Pollard had also passed to Israel reams of reports gathered by US military attaches in the Middle East, identifying informants, and details of the radio frequencies being tapped by the US.

To put the Israeli, US relationship in perspective, the FBI and the Justice Department have both released statements declaring Israel the 2nd most aggressive nation running espionage operations in the US, against the US. China is 1st.

US politicians may prefer to express undying love for Israel, and hand over billions of dollars annually in aid, but the US security establishment has — at least, in private — always regarded Israel as an unfaithful partner.

Current and former CIA officials admitted that the US security establishment has always regarded Israel as its number one counter-intelligence threat in the Middle East.

At least two more Israeli spies in t he US have been identified in the past few years. In 2008 a former US army engineer, Ben-Ami Kadish, admitted that he had allowed Israeli agents to photograph secret documents about US fighter jets and nuclear weapons in the 1980s. And in 2006 Lawrence Franklin, a defense official, was convicted of passing classified documents to Israel concerning Iran.

After the US Iraq invasion, the US Senate Intelligence Committee stated most of the intelligence Mossad had passed to the US was false. A former CIA officer who was part of the CIA representation at intelligence exchange liaison meetings with Israel said: “Israeli intelligence assistance is often of dubious value, and CIA is appalled at the lack of quality. Mossad doesn’t know its Arab enemies. Its Arab political reporting is lousy, laughably bad…it was gossip stuff mostly. They often pass faulty, misleading intelligence.”

Mossad has conducted some professional operations, mostly against the US target, but they can not be compared with the major intelligence services in the world. They are not effective against Islamic terrorist organizations, and they don’t target on them.

President elect Biden will face a political and national security problem when conducting relations with Israel. Support for Israel in the US is formidable, including highly effective Israel lobbies and Evangelicals who support unfettered US support for Israel for religious reasons, the Messiah will not return until God’s promise to the Jews of the Holy Lands is realized. But the President must balance those political considerations with the fact that many aspects of our relationship with Israel adversely affect our strategic interests in the Middle East.

Ron Estes served 25 years as an Operations Officer in the CIA Clandestine Service.

Posted by Julius Streicher at 08:15

Email ThisBlogThis!Share to TwitterShare to FacebookShare to Pinterest
Labels: Jewish Supremacism, The Terrorist State of Israel