Germany’s Hitler - by Heinz A. Heinz 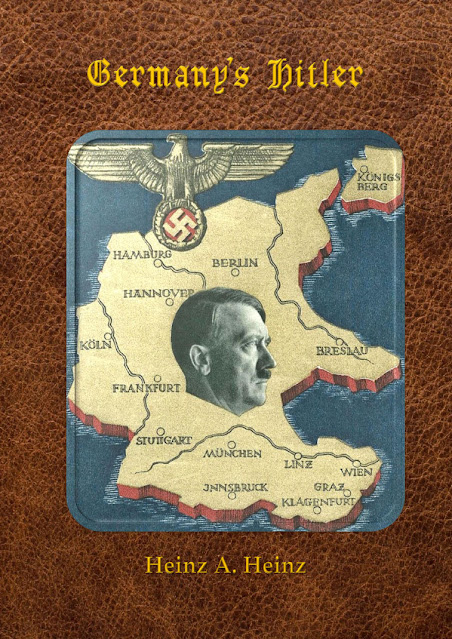 One of the most suppressed English-language books ever to emerge from Germany: the 1938 authorized biography of Adolf Hitler.

The professional journalist author interviewed Hitler’s old school friends, army colleagues, landlords, his jailer, and early party comrades to provide an unprecedented insight into the German leader’s background and pre-war policies. Included are vivid and unique descriptions of Hitler at school, his First World War battlefield experiences, early politics, the amazing truth behind the November 9th Putsch, Hitler in prison, and the struggle to power from 1926 to 1933. It ends just after the Austrian Anschluss and the end of the Czech/Sudeten crisis.

This book was the foremost Hitler myth-buster of its day, and is full of personal and political insights. Read, for example, about the handicapped child who was amazed to find the Reichschancellor personally deliver his Christmas present; how Hitler always refused to take his salary and instead ordered the state treasury to divert it to poor relief work, and of the massive social reforms which boosted German living standards to the best in Europe. This work is vital for anyone interested in understanding why Hitler won the total adulation and support of the German people.

Posted by Julius Streicher at 07:42